What do you guys do with your decals/stickers?

I’ve got a whole bunch of Intellijel stickers, as each module I’ve bought came with one or two. The case came with that plus a big Intellijel sticker as well. And, because of shipping/supply delays, everything from a single order came in multiple shipments, each with a Sweetwater sticker and a bag of candy (hey, I’m not complaining

). My next batch of orders will continue the onslaught with more Intellijel stickers, and adding a slew of Perfect Circuit into the mix. A few other synth things also came with them. It’s kind of standard. But it’s getting to the point where I’ve got around a dozen of Intellijel alone, and I’ll probably end up with three or four times that amount by the time my case is done. And that’s only counting synth-related ones.

I love showing off I support a company; I just don’t want dozens of the same or similar ones all next to each other on a single mug. I’d rather not stickerbomb my case. Although I don’t mind the look (in fact I kind of respect it), I know some people love it and some people hate it. It’s just not what I’m going for.

So what do you do with your various stickers? I’d like to open this up not only as me, asking for advice, but as a general place for everyone to share pictures of, discuss, and appreciate what everyone does with their stickers.

I’m with you on not putting them on the actual case. It’s personal and will be a pain to take them off in case of selling. SO I slap em on a Nanuk 910 which fits the 62hp palette perfectly, and if multiple copies come in they just stack in various ways. I really like the Intellijel skulls. It’s like the kills on a side of a plane. JolinLab water bear is dope too. 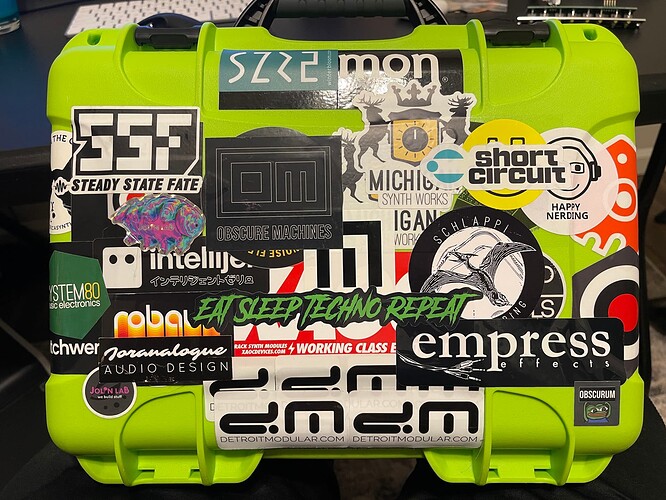 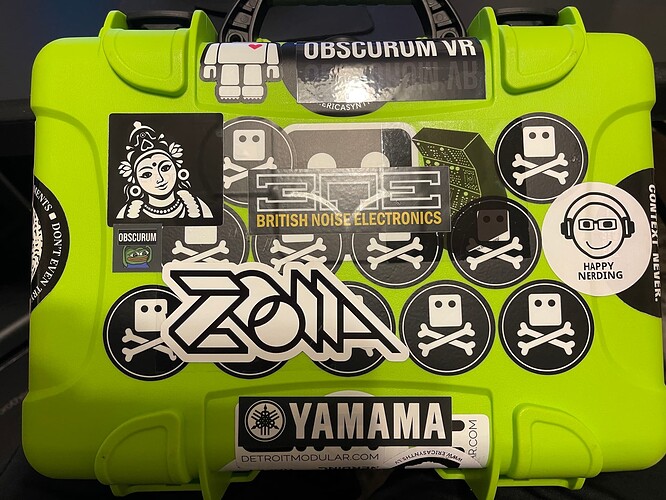 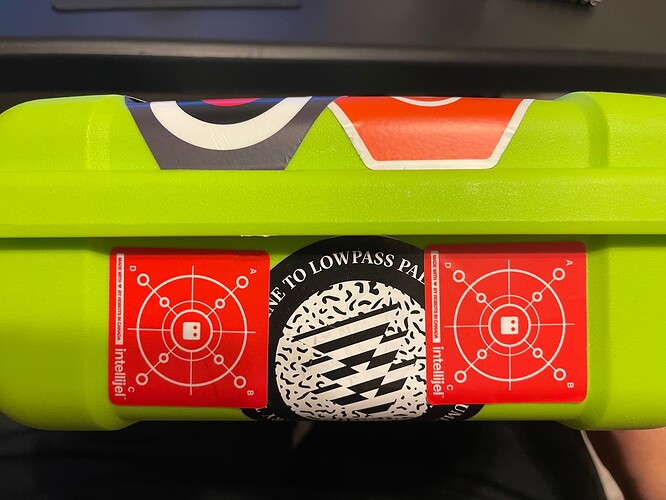 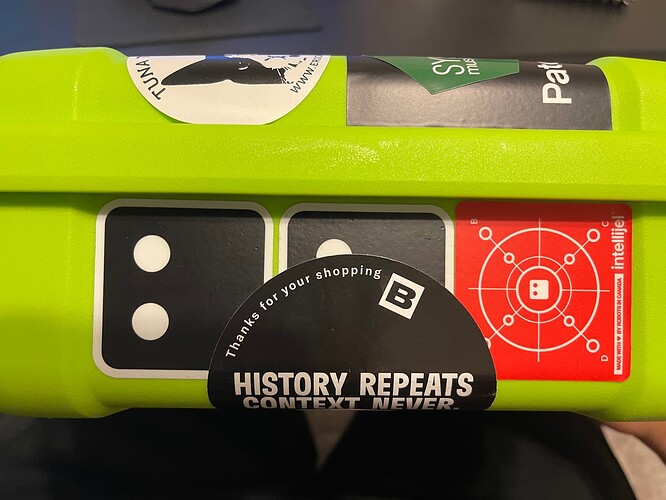 I’m super selective about using stickers but I save them in a bag, if I like the design. Many are on my inspiration bulletin board secured with push pins so as to not damage them, others are on my fridge with magnets. I rarely use them as actual stickers. If I have duplicates I’ll keep two of the same design but discard the rest.

I put all my stickers on one of my 104hp cases – but now I want to sell it so I’m not sure that was a good idea.

I have a TON, but I’m selective with where I put them. At my previous job, where I worked in an office as a developer (fully remote now), I used to like putting some modular stickers on my laptop along with the usual AWS and Node.JS stickers, making other devs think there was a new framework or language they didn’t know about.

I also have an Intellijel Robot on my iPhone 12 Pro, as it fits perfectly within the MagSafe circle on the back.

I think putting stickers on things is bananas. I’m joking, but it’s not for me. Intellijel, something I got recently had a magnet. Magnet > Stickers. <3 magnets. <3 temporary.

I do have two stickers placed (but not stuck) on a lamp my brother made. I like their twin sentinel vibe but can’t bring myself to apply them permanently. 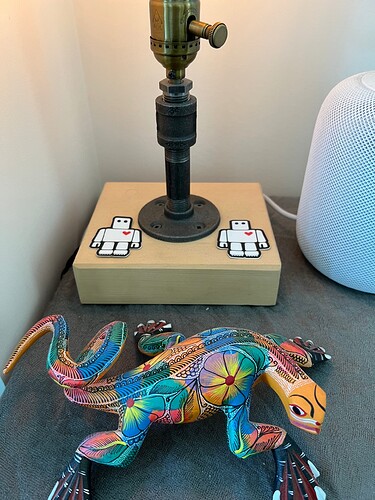 I love the Intellijel stickers and only wish there were more different kinds of them! Remarkably, I’ve had a bunch of Intellijel modules arrive without stickers and was sad

. I think it’s nice that the makers put a little something in with the kit. I give extras to my friends who put them on their gear.

But seriously if that robot was on a t-shirt or if they made a little figure that would be very cool. Actually, better yet put that guy on some blind panels of various sizes and my palette can have a little mascot. I too am a robot made in 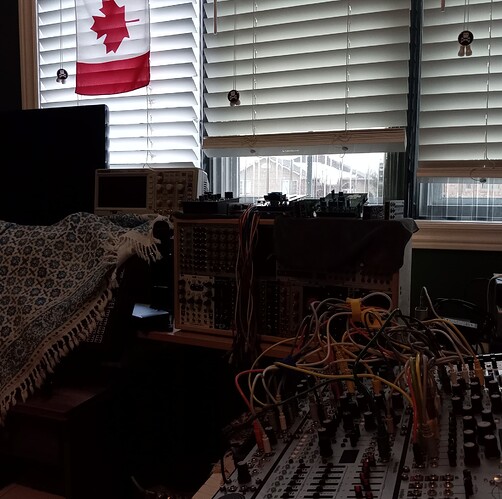 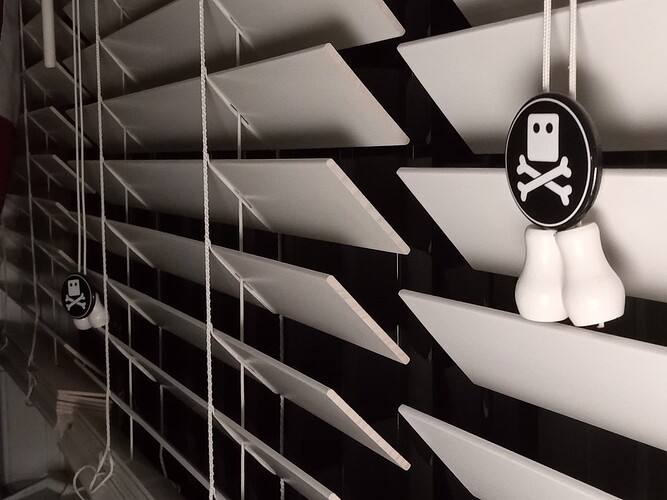 These rascals are minding the ship’s flaps and flags