The new firmware and manual are now ready for download! We are calling it version 1.30.

Watch this video for a quick tour of all the new features: 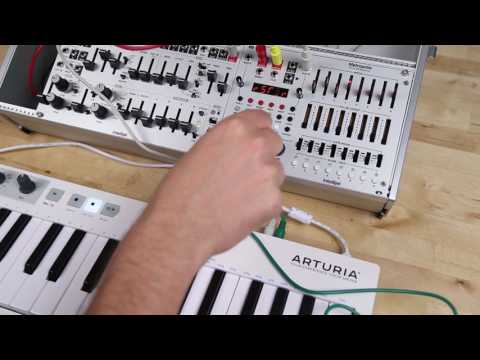 Much thanks to all the beta testers who helped test this while it was in development!

I have to do the calibrate every power cycle other wise the aux input do not do anything. is this normal or am i missing something to save the calibration?

EDIT
well is seams like the problem is only with P.Pre on the aux a it only works if i calibrate it. but it works fine on aux b.

Hm yeah, there seems to be some kind of bug only affecting P.Pre on Aux A. Doesn’t affect the other destinations or P.Pre on Aux B. I’ll look into it when I have time, but for now just use P.Pre on Aux B.

Having an issue with the update.
I have rev12, see attached pic for pin placement.
Zendesk gives the following error when using contact us, so using the forum:
“There was an error processing your request. Please try again later” 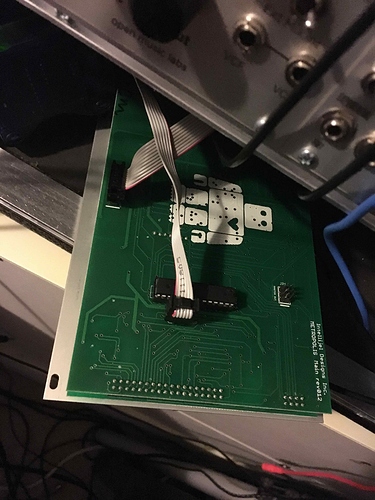 Trying to update to 1.3 of Metropolis - have rev 12, using the attached for pin placement - receiving the following error:

Select a product and version above, then hit “Update” to begin
BEGINNING UPDATE

The updaters can be finicky sometimes. Try another computer, cable, USB port, etc.

Same error with different laptop. Oh, and now my Metropolis won’t even power up. It’s totally unresponsive. Please advise. I haven’t taken the power out or put the USB adaptor in the wrong orientation. Seems this is a common issue - https://www.muffwiggler.com/forum/viewtopic.php?t=169937&sid=8baef5cbadd3fd0e4782dcf8e9b37b1f

I would try it again a few times until it works, possibly try reseating he programming cable. It should eventually work.

Don’t worry, you can’t damage the rest of the hardware. At worst case you would need to replace the CPU, which is a $4 part.

I’ve tried more than 30 times with the same result. Different cables, resetting the cable , different computers. What’s the next step?

Hi - submitted request #2944 back on the 6th June. Haven’t heard anything back, nor does there seem any way to check the status. Please help!

For other people who may be having a problem:

If you received a USB ISP in a blue enclosure, you need to adjust it before use:

Similarly if you’re using any third-part ISP, make sure that it is not set up to provide power to the device being programmed. Most of them have a jumper for this. The Metropolis CPU gets its own power from the Eurorack bus already and if the programmer is also providing power it can interfere with the process.

HI Kamil. I just received the blue cased one direct from Intellijel and got issues described. Moved the jumper and it still said issue with device signature. Tried to again on a different Mac and the process looked like it was working correctly on updater, but then said failed near the end.
Power cycled metropolis and it won’t power up at all now. At a guess, have I now bricked this unit?

as metropolis wasn’t powering, I moved the header on USB ISP for PWR again, then ran the update with the hope USB ISP would power it enough. This worked and the unit updated and all screen and LED’s flashed back to life.

I have my Windows machine user account devoid of admin privs for security. I had to run the Updater program as administrator before it worked correctly. My Metropolis had actually gotten unresponsive before I successfully got it updated. Don’t give up!

I haven’t been able to figure out yet what makes the update more finicky for some people than others. It seems we didn’t have as many problems with the programmers in the past as with this last update, or maybe a lot more people are updating now because it’s more worthwhile.

In any case, there’s basically no circumstance where you can completely brick your module. There’s always some way to recover. Usually the PWR header on the programmer helps, or using a different USB port, hub, or computer. In the worst case it’s always possible to replace the ATMega328 chip which only costs a couple of dollars.

Ran into issues with Windows 10.

Here are the commands that you type in the console.

Note: make sure your hex file is in the same directory you are working in. This worked fine in Linux. Also check your board revision and download and alter the command to the appropriate hex file.

Greetings! Has anyone been able to recover once the Metropolis is bricked? I have several emails out to support and have not had any response as to how to recover. I have tried the updater under multiple computer/cable pairings and nothing works.

Mine was totally unresponsive before the updater worked. It took me fifteen attempts, at a guess, before it finally worked. I tried from Windows and Mac OS X. Windows running the updater “as administrator” finally did the trick for me.

I kinda wonder if some computers aren’t spitting out the update faster than the MCU can read it off the ISP.

That was one of my theories. Weird thing is we never see this happen at any of the machines in the office, or on my dev machine. In the next version of the updater software I’m going to add a preference to throttle the speed, see if that will help people.